So here's a current Modular Grid image of my Tiptop Station 252 rig: 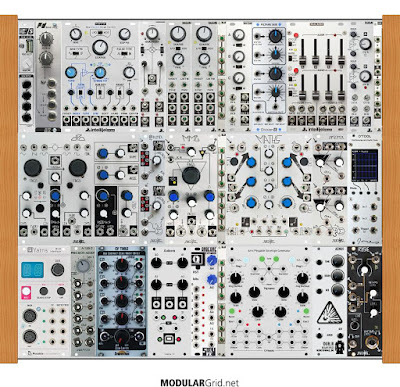 I've ended up making a few rather interesting decision in constructing this thing, and I thought it would be useful to go through some of the thinking about it, row-by-row:

So that's the verbalization of some of my choices. Think I'm crazy? Stupid? Due for a beatin'? Drop me an email or leave a comment!