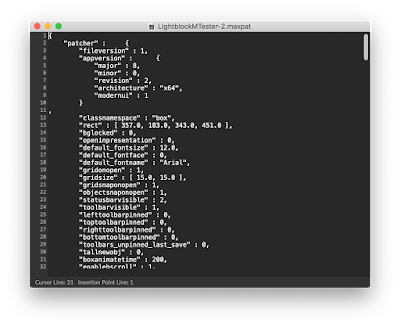 I got slurped into something this evening that I really regret. Someone called me out in a lines community page, and I made the mistake of responding. Why did I go there?

It was all about how useless visual programming tools like Max and Pd are because they are hostile to Git. I suggested that, because of their nature, they might always be hostile to Git. Then I realized something: I could have used that time to try out the new LFO I just installed in my modular. Or done another sample-mapping run with the MPC. Or figured out another one of the synth engines of the OP-1.

Instead, I jumped into some discussion about Git. Is there anything in the world that could feel less creative to me than doing that? The answer is "no". I'm going to go set up a patch now.